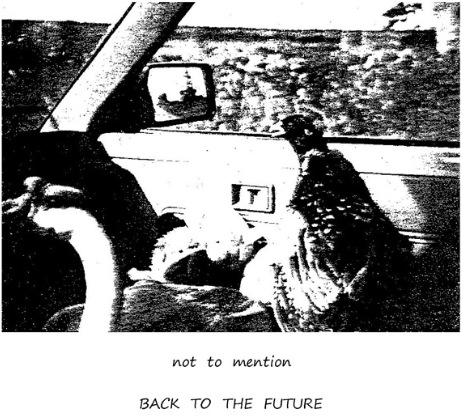 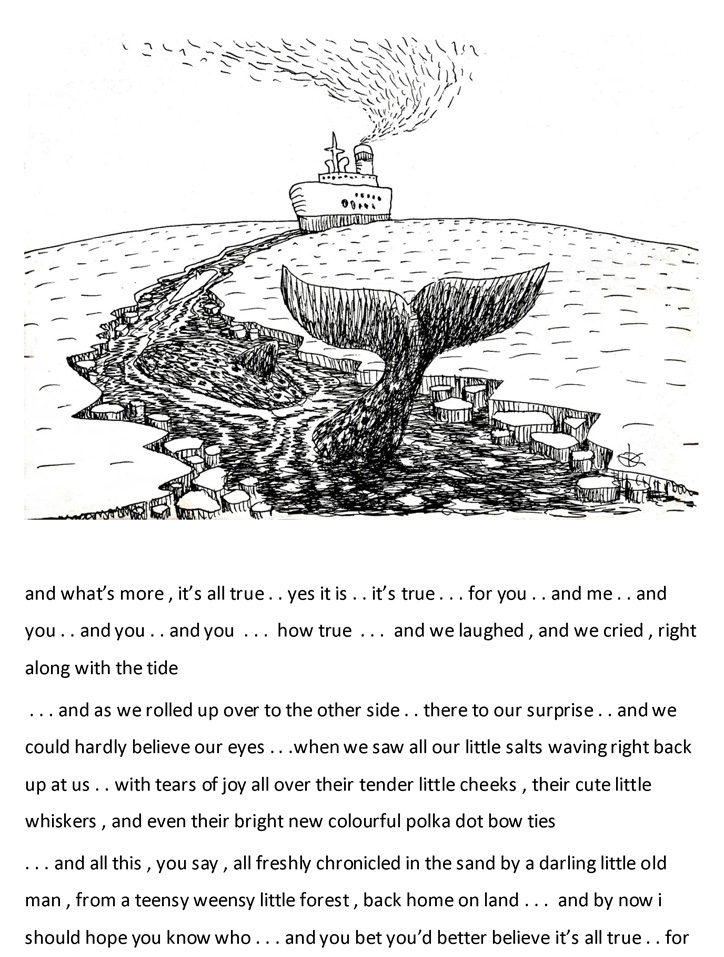 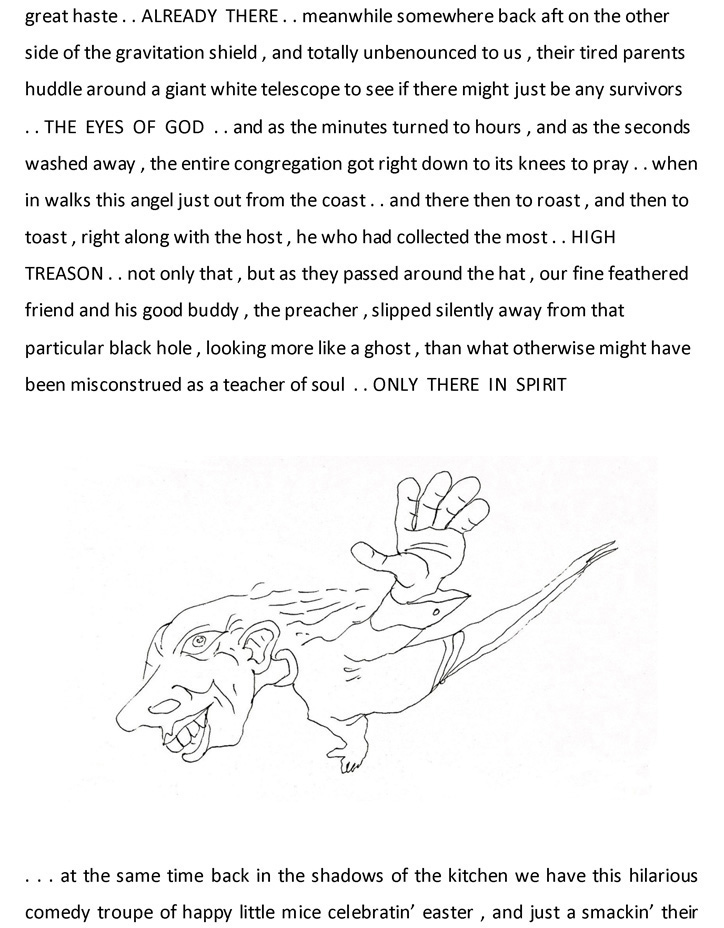 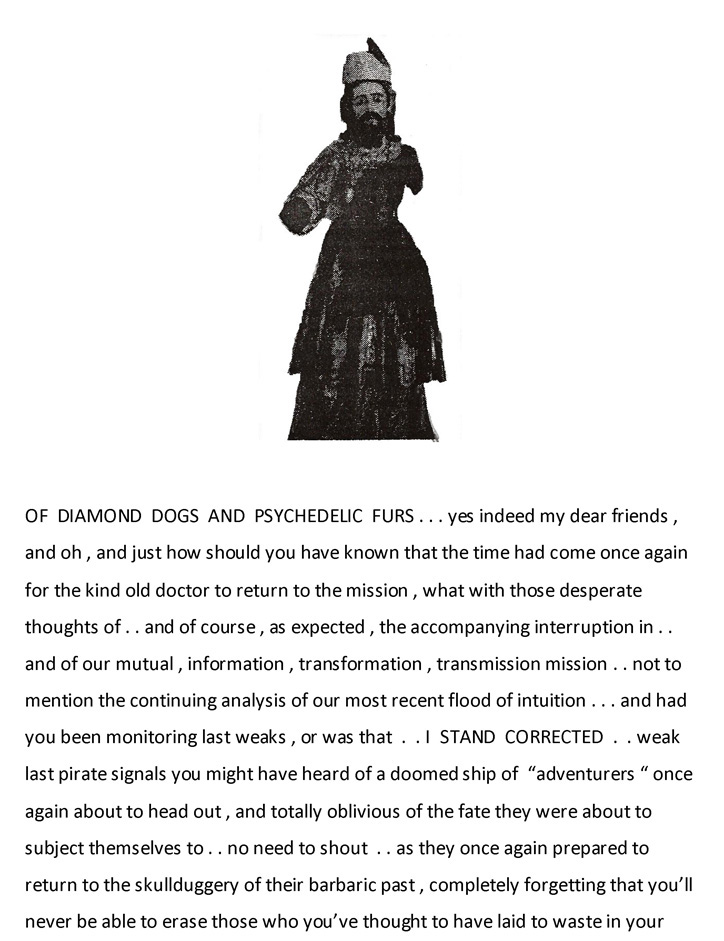 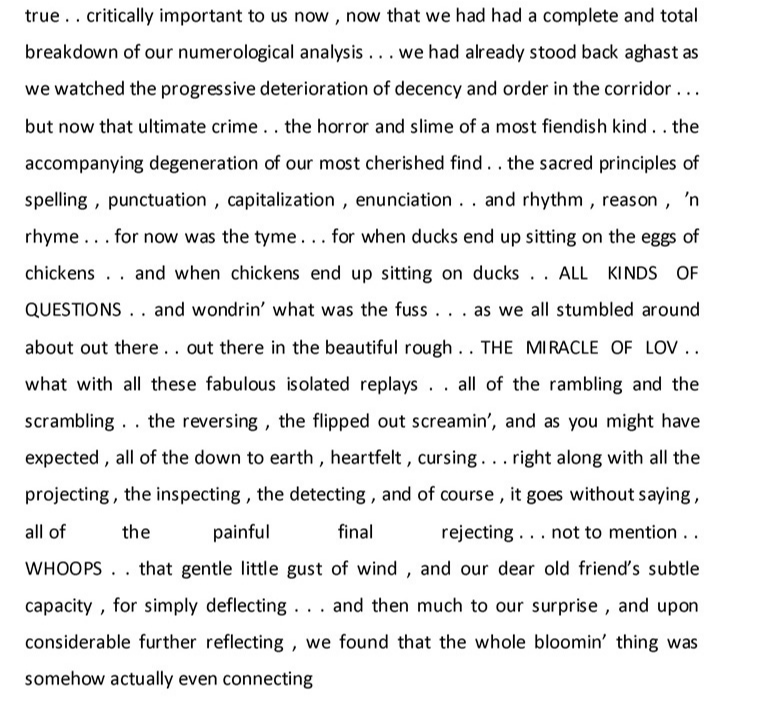 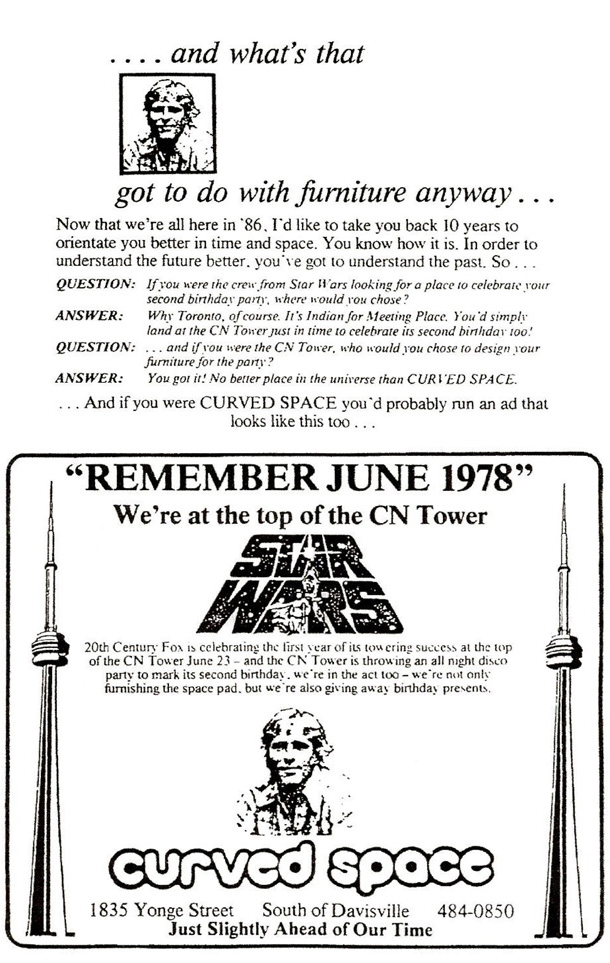 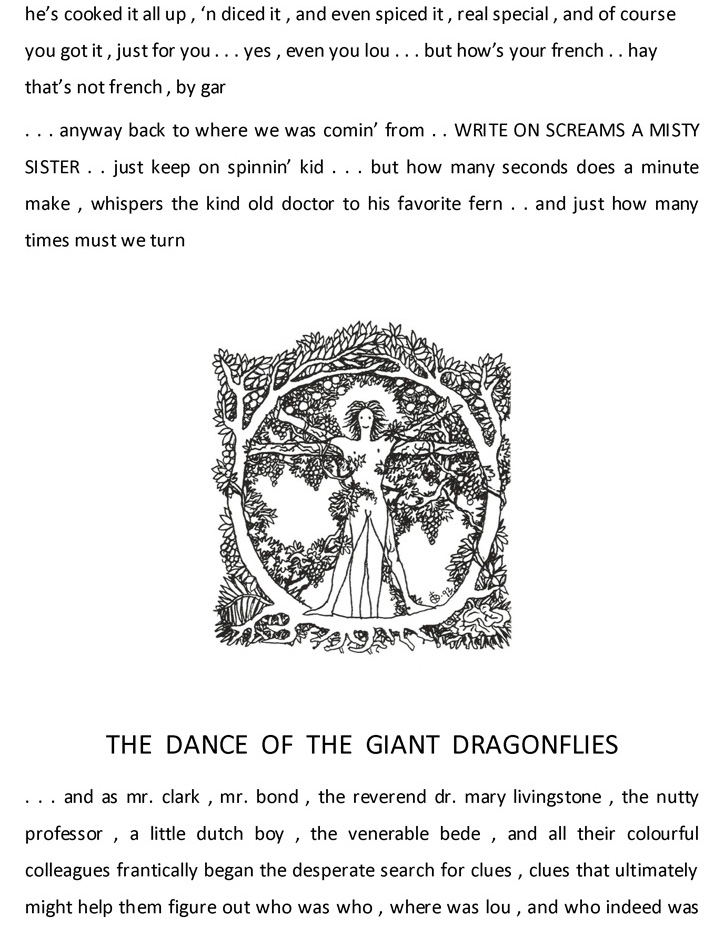 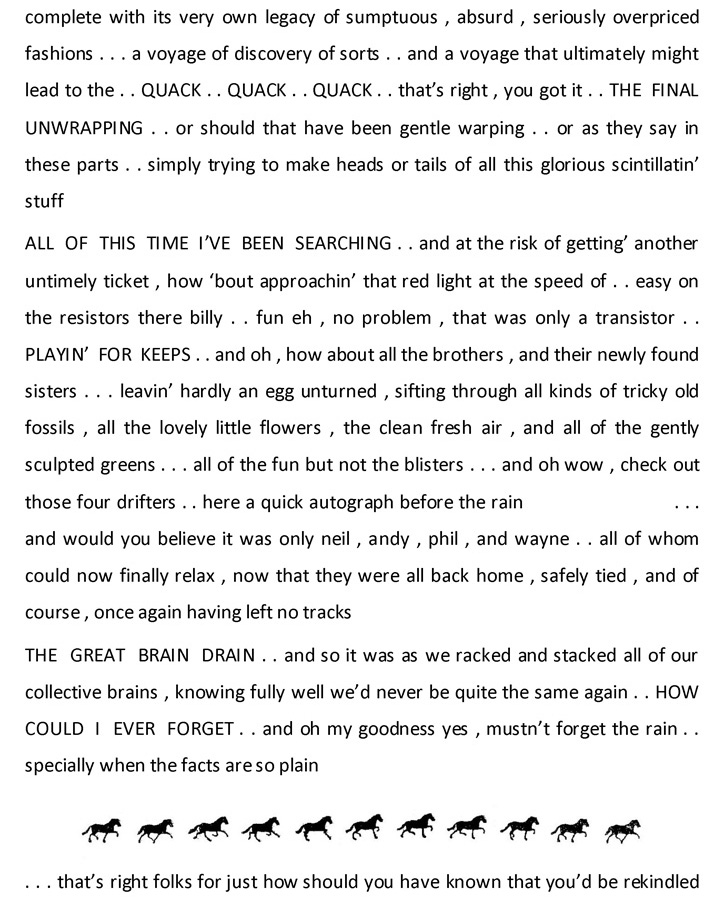 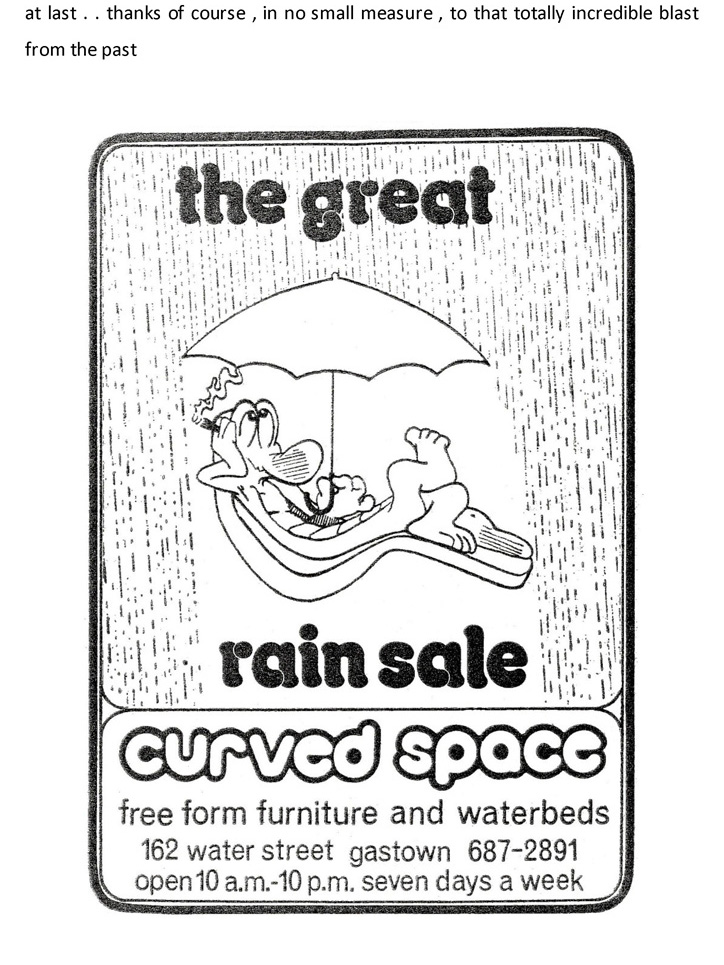 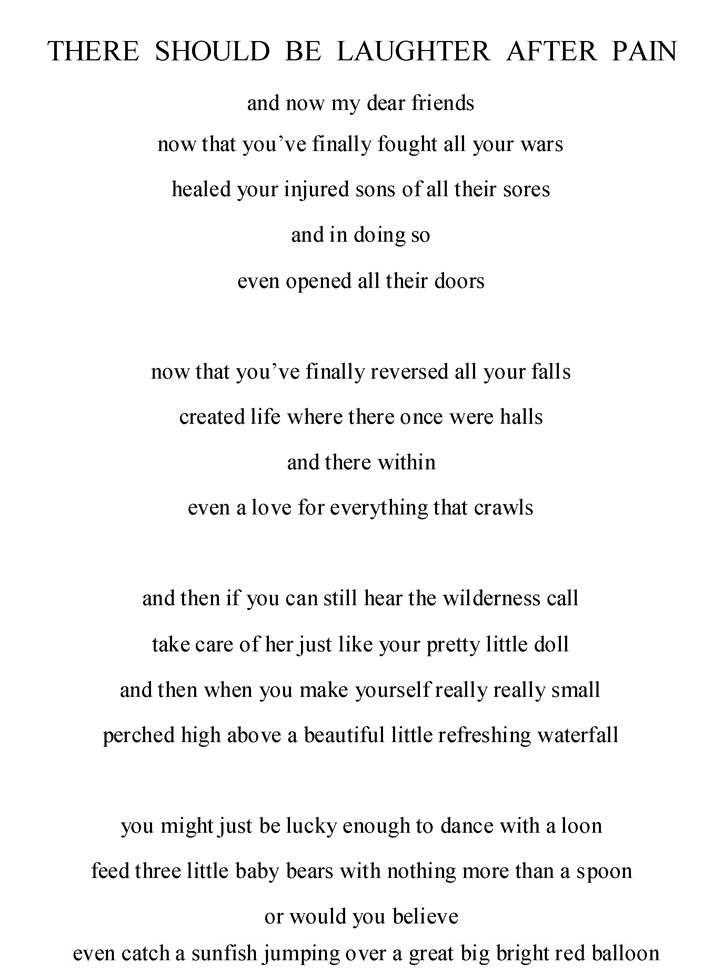 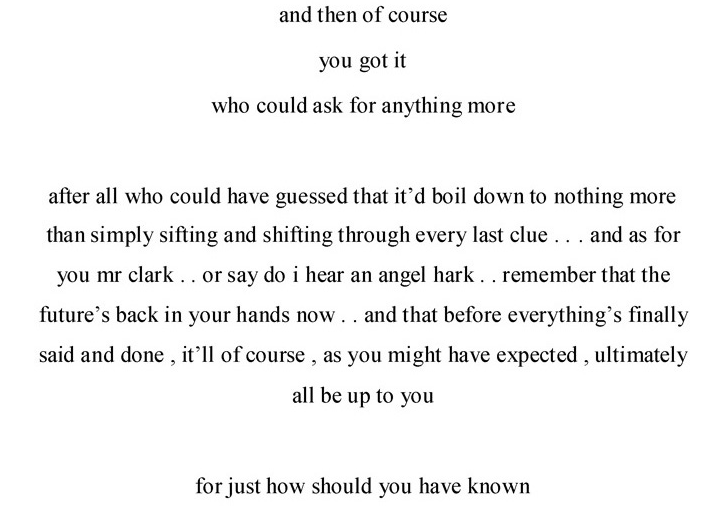 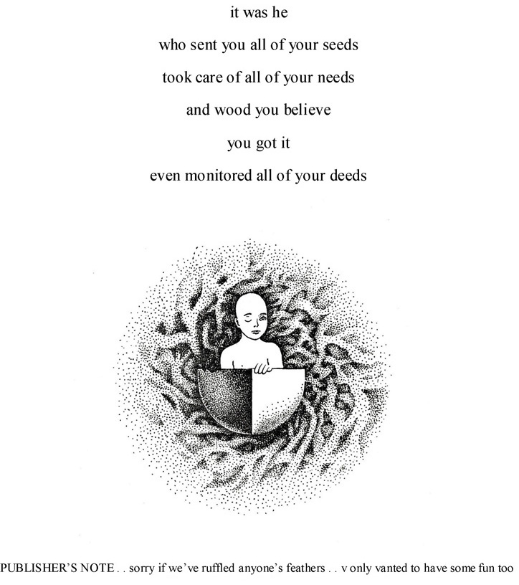 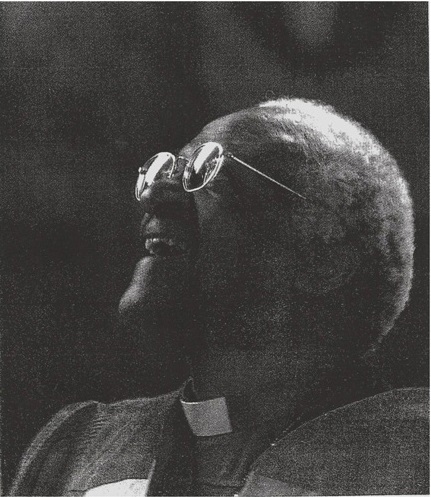 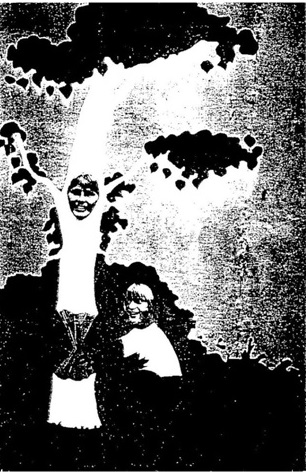 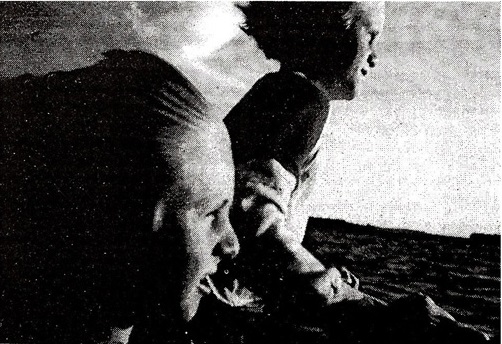 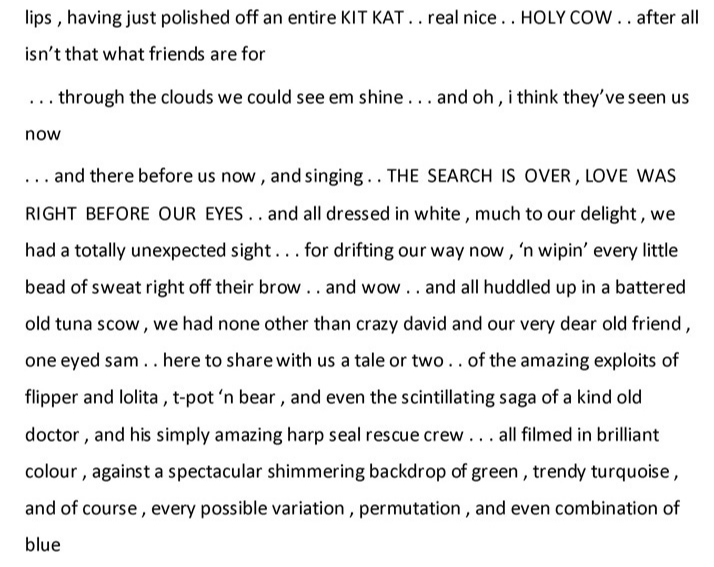 I THOUGHT    I   WAS . . .  and as the kind doctor slipped silently  back into his sparkling silvery shell  . . back from a  pod he thought he climbed so well . . hi there fred . . and then to elude his intense captors : a motley colloection of skin heads , cowboys , tinkers, bag=ffling mop heads ,  scapegoats , time bandits , catalytic extortionsists , research assistants , splashy spechless fiddle-heads , and vious 'n sundry other fools 'n gouls . . remembering the words of the great prohet hein "a couple of flies in the soup are relatively a lot , whereas a couple of hairson top of your head are relatively few :  . c2 . .

and then just when we thought we could understand the kindness of their embrace , the time had come once again boys 'n girls for a change of pace . .  a change of pace way past the cotton batten clouds , and back out into space . . and since pace could now be measured in terms of time ' space , you canprobably understand why it didn't have to become a race

. . . and even as his wold be captors began to gloat , you canprobably see how simply van raft continued to float as he transcended the moat . . . and there then of course, what with all these new possible variations back 'n forth in time 'n space m, it soon became clear why it should be only  small matter to bring back in spring , thiose that you thougth to have erased .  . . so the next time you're playin with the thoughtof poppin' a candy duck with a chocolate puck , careful not to shoot tourself in the foot in your great haste

PART I      THE VALLEY OF THE DOLPHINS

right on dad . . but whatever happened to thigiled . . oh my goodness yes . . why i almost forgot , what with all those silly flashlight jokes , we almost forgot about our trusty old friend . . but just a minute . hold on kids , not quite so fast . . for in order to understand the story a little better , we're first gonna have to try 'n understand the past

9 : 32 a. m. , tiny tammi baker ,  singular little d j , just back from a rather impromptu rendezvous with a great wise old whate on the other side of the planet , steps back into her legendary morning radio show, and gets ready to prepare brunch

three and a half hours later , and some 2.3 billion miles away , bambi can still be found entertaining an entire raft of fat , faithful little starlings , as  they laugh , splash , and spin around in the daytime side of their speeding craft - tanks , of course , to their hightly evolved bright orange water wings

YOU CAN CALL ME AL

somewhere between the silence of the mountains and the crashing of the sea there lies a beautiful - -  - - - - -   ,  and she's waiting there just for you and me . .  at least that's the way they said it would be . . but what they didn't tell you . .  well now , that's a completely different story 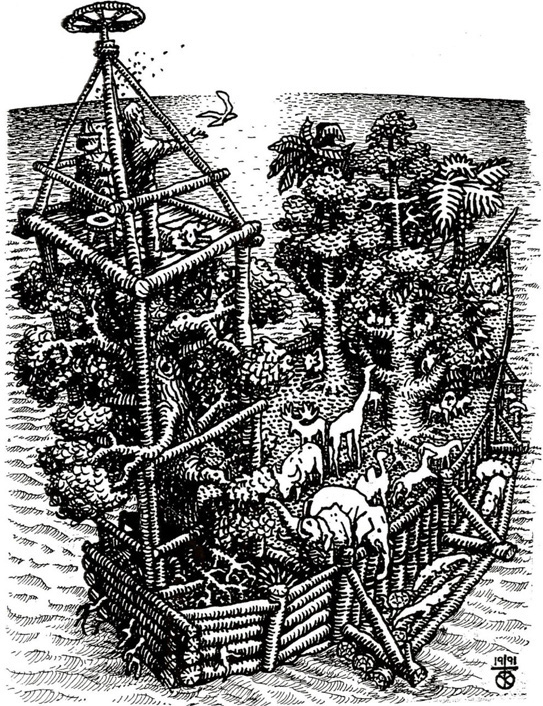 between the silence of the mountains and the crashing of the sea there lies a beautiful valley with a beautiful stream flowing right in between . . and there now , and still weaving all thise wild exotic tales . . tales of high hopes , and glorious old fashined dreams  . . or so , by now , to me , it seems . . . and wondrous splashy tales of bright little sea horses , starfish , sand dollars , and lucky little snails . . all riding high upon the backs of those giant prehistoric urtles , and looking nothing short of splendid in their tiny little sailor caps and their resplendent , tightly tailored tails . . as the searched for burried treasure with , you got it , their tiny little red, yellow  , and blueshovels , rakes , 'n pails . . past fabulous silver flying fish , spaced out air headed groupies , and for the sports enthusiast out there , why we even had some with sails . .  and oh my goodness what was that . .  yes indeed boys 'n gils  , for the squeamish amongst us , and entire collection of very scary tales . .  tales of outlandish catfish playing mad outrageous head games with a relentless horde of foul mouthed, garlicky breathed , lamprey eels on banana peels . . not to mention all those other devious , deceptive deals . . and of one very greedy octopus and this sordid old stingray , who had the nerve to pray . and then would you believe , even betray their entire flock , in the meanest sort of way

and then as you watch your tender little spirit soar

drifting ever closer to that proverbial legendary shore

as you peek round what's still left of that door

and there just in time roo